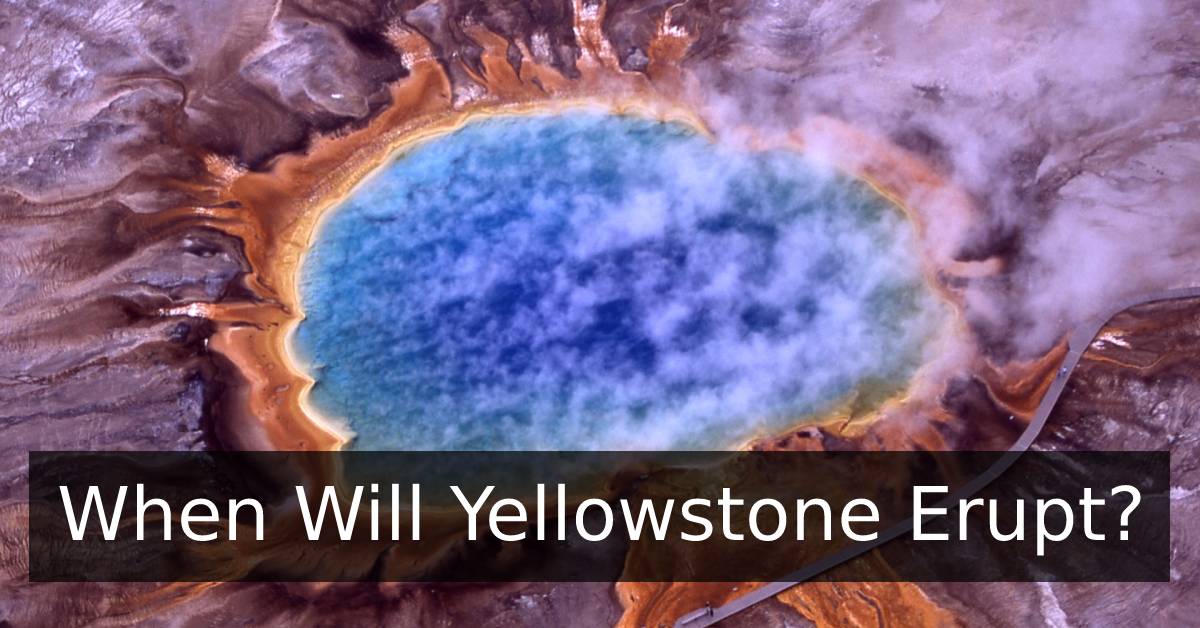 When Will Yellowstone Erupt? 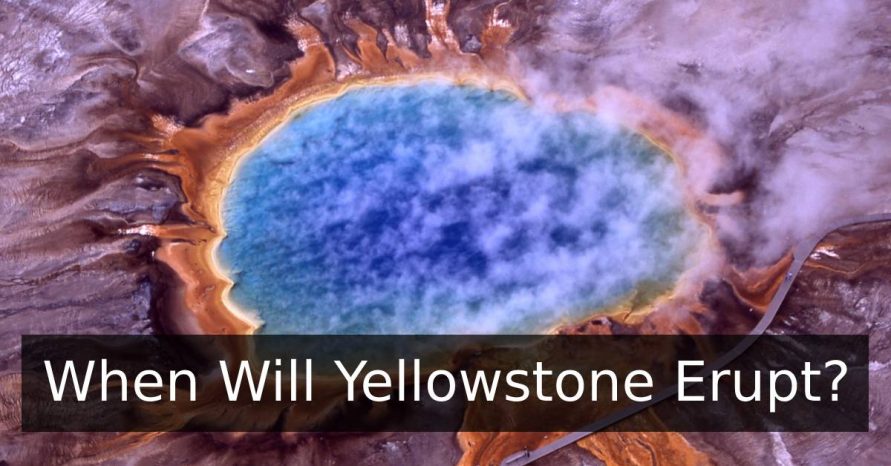 The Yellowstone volcano has had three major eruptions in the past.

What is Yellowstone Caldera?

The Yellowstone Caldera, the youngest and largest of the three calderas, was a result of the third major cataclysmic eruption in Yellowstone volcano. The 30 by 45 miles gigantic enormous crater covers a wide area of the western-central portion of Yellowstone National Park, northwestern Wyoming.

The northern part of Yellowstone Lake passes through the caldera’s southeastern area. The western side of the lake has a knob-like protrusion, The West Thumb, created by a small eruption in the caldera which dates back to about 150,000 years ago.

The formation of two resurgent magma domes has been observed in the caldera. One lies north of Yellowstone Lake and the other to the west. The western dome is a site well known for the park’s most prominent hydrothermal features like geysers and hot springs.

Is Yellowstone the Only Super-Volcano on Earth?

A very interesting fact to note is that Yellowstone is hardly the only supervolcano out there — researchers have found big evidence of about 47 super-eruptions in the past. The latest was 26000 years ago in New Zealand’s Lake Taupo.

A very huge eruption, the Gargantuan Toba eruption, occurred 74,000 years ago as a result of a shifting tectonic plate which made the world experience a 6 to 10-year global winter. On average, a super-eruption occurs every 100,000 years, but this is not backed by any scientific reason.

Though capable of an eruption of magnitude 8, the studies show that the odds of a super-eruption for the next millions of years are very low.

The Yellowstone supervolcano, despite showing no signs of massive activity in near future, remains a site of fascination for scientists and researchers. Several pieces of research and studies were and are still being conducted in this region. In September 2014, a team of scientists published a paper on what a Yellowstone super-eruption might look like.

As of now, the region does not show any sign of an overdue eruption. The tectonic activities in the form of earthquakes and the rise and fall of the ground are nothing out of the ordinary and do not indicate any massive eruption.

The USGS claims, “Odds are very high that Yellowstone will be eruption-free for the coming centuries.”

It further points out: “Yellowstone is behaving as it has for the past 140 years,”

The USGS research shows that taking into account the past three eruptions, the odds of Yellowstone erupting in any given year are 0.00014 percent lower than the odds of getting hit by a civilization-destroying asteroid.

Will Yellowstone Die Out Completely?

An interesting fact to notice is that Yellowstone might not see a super-eruption ever again.

“The Earth will see super-eruptions in the future, but will they come in Yellowstone? That’s not a sure thing,” says Jacob Lowenstern of the US Geological Survey. “Yellowstone’s already lived a good long life. It may not even see the fourth eruption,” he added.

There is a possibility that the Yellowstone volcano eventually dies out. Two opposing forces are acting upon the magma chamber simultaneously, affecting its overall activity — the heat welling up from below and the relative cold from the surface. If less heat comes in from below, then the chamber could likely freeze, thus turning into a solid granite body.

It has been noticed by the geologists that the volcanic hotspot underneath Yellowstone is slowly moving to the northeast. To be precise, the North American tectonic plate above the hotspot is gradually shifting southwest.

Over a very long period of time, the hotspot is expected to move out from under Yellowstone resulting in the Yellowstone supervolcano to die out. Of course, it’s possible that another supervolcano could emerge further in the northeast, but the hotspot would first have to heat up and melt the cold crust first. And that process could take a million years or longer.

Scientists at the Yellowstone Volcano Observatory (YVO) constantly monitor the volcanic region of Yellowstone for any sign of volcanic activity. Many studies show that the possibility of a catastrophic eruption would be detectable weeks, months, or even years before.

Several precursors can be found before actual volcanic eruptions. The precursors include strong earthquake swarms and rapid ground deformation. The intense precursory activity would be observed at multiple spots within the Yellowstone volcano.

However, small earthquakes, gas releases, ground uplift, and subsidence at Yellowstone do not indicate any major volcanic activity as they are commonplace events.

Will Yellowstone Eruption End the World?

A big misconception among the general public is that if Yellowstone ever erupted, it would end the human race all at once. All thanks to the bad press. Though the aftermath of such a massive explosion would be huge and destructive this in no way means the extinction of life from the earth.

What makes us so sure about this is the fact that such eruptions have already occurred twice in the history of Yellowstone and here we are still roaming around in the hot springs of Yellowstone.

Quake Lake – The By-Product of Tectonic Activities in Yellowstone

The 1959 Yellowstone earthquake measured 7.2 on the Moment magnitude scale occurred in southwestern Montana. The effects of the tectonic activity reached as far as Puerto Rico and Hawaii.

The 1959 earthquake was the strongest and deadliest earthquake to hit Montana. The earthquake hit the Madison Canyon, a region west of Yellowstone National Park.

The earthquake that lasted around 30-40 seconds(according to the U.S. Weather Bureau reports) was one of the most dangerous earthquakes in the Rocky Mountain area of the States to date. It not only resulted in several casualties but also did great damage to the infrastructure of the region it struck.

How Was Quake Lake Formed?

The 1959 Yellowstone earthquake caused a huge landslide. The landscape dropped below as low as 20 feet. The landslide carried 50 million cubic yards of rock, mud, and debris down into the valley that blocked the flow of the Madison River transforming it into a lake later named Quake Lake. The landslide was the largest since the one caused by an earthquake in Wyoming in 1925

The shockwaves caused by the quake resulted in numerous seiches surging across Hebgen Lake. Water pushed by the seiches crossed with full force over a dam that luckily did not collapse. New geysers and cracks also sprouted up in Yellowstone National Park as a result of this activity.

With a rich history, a geologically active presence, and a lot of speculations about its future, Yellowstone is one interesting site for those who are into geology.

While a massive eruption may have catastrophic effects, the volcano shows no signs of a pending eruption for millions of years. Odds are that the volcano might die over the years resulting in no eruption at all.

Directions To Our Campground

We are a family-oriented campground located just north east of beautiful Idaho Falls, Idaho in the Heise hot springs area.